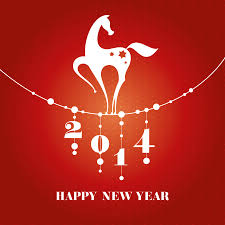 Tomorrow is the Lunar New Year or, as we’ve been calling it for many years, Chinese New Year.

My memories of this holiday growing up are vivid. My mother would spend days scouring the house from top to bottom like a mad woman, because a huge part of the tradition is to clean out the old and presumably evil spirits in order to ring in the new year on a literally clean slate. With a traditional (read: didn’t lift a finger) husband who was always at work anyway and two uncooperative children who couldn’t see the point, my mother was at her crankiest on the days leading up to New Year’s. Every year we spent those final days of the year wishing we could have our old mom back.

Then there were the rules. We had to get our hair cut the week before New Year’s, even when we didn’t need a haircut. We weren’t allowed to say anything remotely hinting of ill fate or that included any version of the word death (as in “Ha ha ha, you’re killing me!” or “Wow, I would die for those shoes!”). Worst of all, we were forbidden to shower, bathe, or wash our hair on New Year’s Day lest we cleansed all the good that had by then reached our bodies (which only led to more cursing about how we were going to die of stink).

And there was the food, lots of it. Chinese New Year is celebrated on not just one day but over a period of two weeks. We had an enormous dinner on New Year’s Eve and another large meal on New Year’s Day to “open” the year. Two weeks later, we would close out the celebrations with another final large dinner.

My brother and I met these meals with some groaning. Because Chinese New Year dinner is not spring rolls and sesame chicken and sweet and sour pork (well, not that my mother ever made those dishes (they’re not real Chinese food, you know)). New Year dinner was a big, pimply, ghost-white chicken with its loopy head and neck still on the plate. It was dishes and dishes of healthy blandness that we normally never saw during the year, with ingredient names like “dizzy ear” and unidentifiable foods that looked like tangled hair.

Chinese New Year, to me, was a lot of Chinese-ness that went against my whole plan to be American and “normal.” So I mopped the floor (reluctantly) and skipped the showers (until I was brave enough to dare the evil spirits to take me on) and ate the bloody chicken (there was literally still some blood in the cracks of the bones). Until about fifteen years ago, which is the last time I celebrated Chinese New Year. Because of my time in Japan and then my work schedule, I haven’t been back to spend any of the holidays with my parents in all these years.

During this time, of course, I’ve formed a family of my own. We’re a tri-cultural family now living in America and following American traditions. Lack of access to ingredients, information, and shared celebratory spirits is one major reason. There’s also the lack of confidence. My Singaporean friend suggested getting together for New Year dinner, and I immediately felt overwhelmed at the prospect of cooking for the occasion. I wouldn’t know where to start. What to cook? How to cook it? How to shop for ingredients?

But maybe saddest is my lack of connection. I’d spent so much of my youth rejecting my heritage, seeing and looking for all the parts that threatened my chances of being accepted in America. By the time I became more curious about my Chinese roots, I’d already distanced myself too much. I sometimes view the Chinese culture now the way any foreigner would.

I only realized how far I was when Fred once remarked, in a crowd of Chinese people, that he and I were the only non-Chinese. He knew he was American and he knew he was Japanese, but he did not know that a significant part of him has its roots in China.

But is this something that I need to worry about? Why does it need to be important for me to maintain my heritage, when obviously I had made my choices long ago in terms of how to live and who I wanted to live as? I think the sadness for me is that in loosening my connection to my heritage, I feel I am losing some part of a shared identity with my parents. We all disconnect in some ways and to some degree as we mature into adulthood. Being on the other side of the cultural divide within my own family just seems more severe, an ultimately necessary part of feeling at home in my own country but a division I hadn’t anticipated.